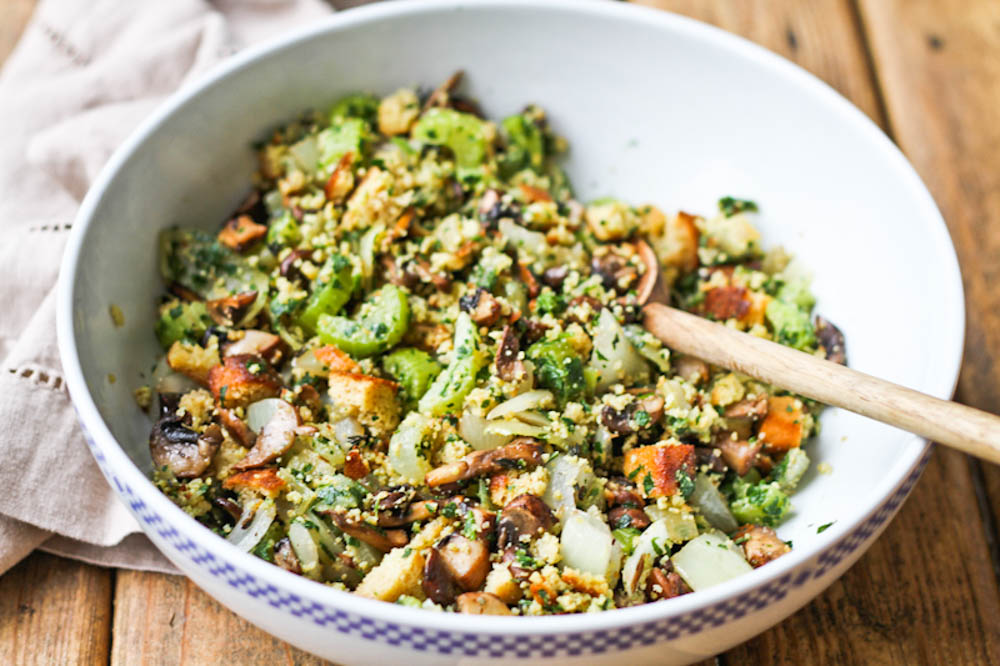 You may have suspected that this post was coming if you noticed the previous post for a gluten-free and grain-free cornbread recipe.

This recipe is for a simple herbed cornbread stuffing (and dressing), and I also posted a savory sausage stuffing.

I’m sure there’s lots of stuff going on for everyone, including me, but I want to get this recipe posted so that I have it and you have it, in case you are a dressing/stuffing lover like me. A couple of quick notes here.

I didn’t use eggs, but in the past I have used one egg, which allows the bread crumbs and cubes to stick together. You might like that—I haven’t tried it with this mixture yet. I opted not to add egg at all in this recipe, and instead rely on the soup broth, butter, and oil to keep it moist and stay together while it bakes. I also compress the stuffing a bit before putting it in to bake.

The cornbread lends a bit of sweetness to this dressing, so I leaned towards making it a bit more savory and salty, and used soup stock to moisten it at the end. You can also use milk  or apple juice instead of soup stock, just know that they will make the stuffing even sweeter. Also, if you want a very savory stuffing, bake the cornbread with savory seasonings and reduce the amount of honey in the batter.

If you’re using this to stuff a turkey, I would not moisten the stuffing as much because the turkey juices will do that for you. Also, if you’re using this for turkey or other poultry stuffing, fresh sage is a nice addition to the parsley and thyme.

I could have added some more ingredients to this stuffing, but I’ll let you think about those. My additions would be chopped olives, apples, walnuts, and possibly some raisins. If you're only using this recipe for stuffing a turkey or other stuffing recipe, I would only make half the recipe.Another option is to make the whole recipe and use half for stuffing and the other as a dressing (bake in the oven). You can prepare this ahead of time, store it in the refrigerator, and then bake it 30 minutes before meal time.Optional additions that I add sometimes include: raisins, walnuts, olives, and chopped apple. If you add chopped, skinless apple, cook it with the onions and celery. For the herbs, I add them to a food processor to get them finely chopped.
Servings: 8 servings
Calories: 221kcal 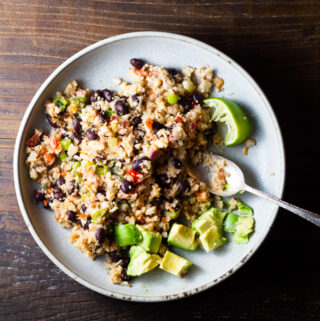