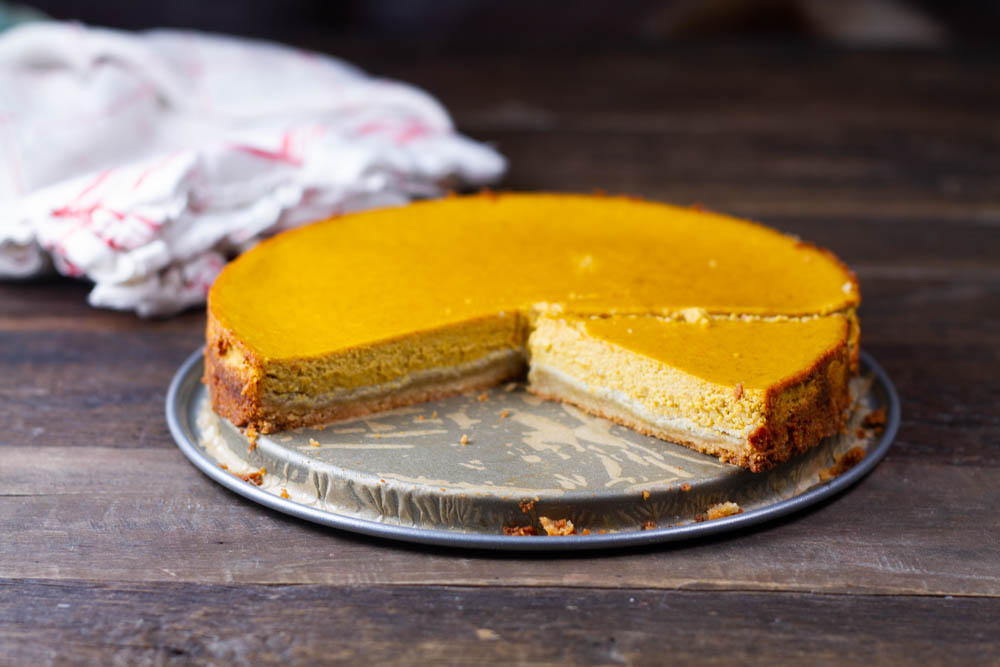 The result is this recipe for pumpkin cheesecake using either Farmer’s cheese or dripped yogurt, also known as Greek yogurt. Now, that said, I’m pretty convinced this will work with an array of soft creamy cheeses but I have to stop eating cheesecake, for now.

My other cheese ideas include goat cheese and dairy-free yogurt that is dripped. I recommend avoiding yogurt that is not dripped because it will be too watery and cheesecake will release too much moisture (tested that). So if you’re using yogurt, drip as much moisture out of it before using it in this recipe. I’ve added the instructions for dripped yogurt below as well. Enjoy!

This recipe is for paid subscribers.